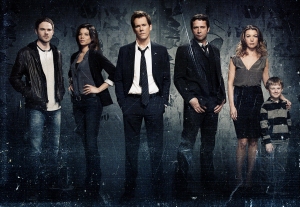 The Following premiered on Monday and tied CBS’ Elementary as the second-highest rated new drama premiere of the season.

AHS: Asylum on FX had its season finale on Wednesday, which was somewhat disappointing, but definitely not unexpected (the three episodes prior to the finale were some of the best). Now that AHS is over, you can concentrate all your brain power on watching The Following.

The review above (click the link) is exceptional, written by Mary McNamara, Television Critic, from the Los Angeles Times. You might need some brain power to read it, because she isn’t one of those entertainment magazine reporters who write a bunch of fluff riddled with typographical errors.

I watched The Following and I loved it. Seeing Kevin Bacon on the small screen was worth tuning in and the supporting cast is exceptional.

Click on the link, read the review and tune in next Monday to watch The Following. Also, don’t forget to set your DVR.