August 24: Julie Harris, 87 – unprepossessing anti-diva who, in the guises of Joan of Arc, Mary Todd Lincoln, Emily Dickinson and other characters both fictional and real, became the most decorated performer in the history of Broadway, died of congestive heart failure at her home in Chatham, Mass.

August 23: Stephen Crohn, 66 – known as “The man who can’t catch AIDS, was a man notable for a genetic mutation, causing him to be immune to the HIV virus. Crohn has the “delta 32” mutation on the CCR5 receptor. His sister, Amy Crohn Santagata confirmed his suicide. “My brother saw all his friends around hiim dying, but he didn’t die, she told The New York Times. “He went through a tremendous amount of survivor guilt about that and said to himself, ‘There’s got to be a reason.'”

August 21: Sid Bernstein, 95 – a soft-spoken impresario whose long career included bring the Beatles to Carnegie Hall in 1964 and Shea Stadium in 1965 died in Manhattan.

August 20: Elmore Leonard, 87 – a prolific crime novelist died at his home in Bloomfield Township, Michigan. His louche characters, deadpan dialogue and immaculate prose style in novels like “Get Shorty,” “Freaky Deaky” and “Glitz” established him as a modern master of American genre writing.

August 20: Charles Pollock, 83 – an industrial designer whose vision of a simple line in space led him to develop sleek, functional chairs that became a hallmark of executive suites in the latter 20th century died in a fire in South Jamaica, Queens. 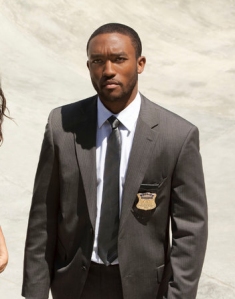 August 19: Lee Thompson Young, 29 – a child star from the Disney Channel and a gifted actor who played Barry Frost on “Rizzoli & Isles” since its debut season in 2010. The cause was suicide.

August 15: Lisa Robin Kelly, 43 – best known for her recurring role on the hit sitcom “That ’70s Show,” died in Los Angeles at a drug rehab center, but the cause had not yet been determined. Her roommate and former boyfriend, John Michas, had taken her there on Monday, August 12.

August 14: Gia Allemand, 29 – Former ‘Bachelor’ contestant who hailed from Queens, NY was found unconscious by her boyfriend, Ryan Anderson, and was rushed to the hospital. She was later taken off life support due to a “critical loss of brain and organ function.”

August 10: Eydie Gorme, 84 – the Voice of Sophisticated Pop, the lively singer with a remarkable range who performed for decades with her husband, Steve Lawrence, died in Las Vegas.

August 7: Margaret Pellegrini, 89 – one of the last three surviving Munchkins from the 1939 film “The Wizard of Oz” died in Phoenix. She had never entirely recovered from a stroke she had several months prior. At 15 she stood 3’4″ and became one of MGM’s 124 Munchkins. She attended the ceremony when the Munchkins collectively received a star on the Hollywood Walk of Fame in 2007. 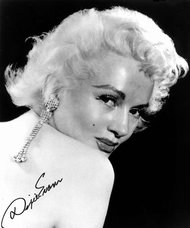 August 3: Dixie Evens, 86 – who brought ‘Monroe’ to Burlesque Houses and was a popular stage performed, died in Las Vegas. Her death was announced on the web site “the Burlesque Hall of Fame”, of which she was a former curator and director. Ms. Evans was a marquee name in the 50s, mentioned in the same breathe as Gypsy Rose Lee, Sally Rand and Lili St. Cyr. She was featured in newspaper articles and television programs about burlesque and appeared in the 2010 documentary “Behind the Burly Q.”