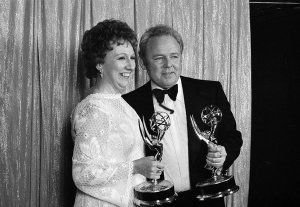 May 31: Jean Stapleton, 90 – the character actress whose portrayal of a slow-witted, big-hearted, submissive (up to a point) housewife on “All in the Family” made her one of the foremost women in television comedy in the 70s died in her home in NYC.

May 31: Paul Samaras, Tim Samaras, Carl Young: killed while storm chasing in El Reno, Oklahoma. Their work tracking tornadoes was featured on the former Discovery Channel show “Storm Chasers.” They were among 13 people killed in storms that struck Oklahoma. 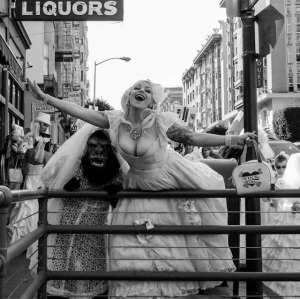 May 27: Sparkly Devil (Sarah Klein), 36 – internationally-known burlesque performer with the Bay Area’s Hubba Hubba Revue died  from injuries she received after the car she was riding in hit a party bus in Burlingame.

May 24: Rona Newton-John, 70 – mother of singer Tottie Goldsmith and first wife of Melbourne nightclub king Brian Goldsmith died in the U.S. Rona was a model and actress who left Sydney, Australia in the 60s to find her fame and fortune – but lived for decades in the shadow of her younger sister’s global fame. She was diagnosed with brain cancer last month.

May 20: Ray Manzarek, 74 – Keyboardist, songwriter and a founder of the Doors died at a clinic in Rosenheim, Germany from bile duct cancer. Mr. Manzarek was living in Napa, California. He founded the Doors in 1965 with singer and lyricist Jim Morrison.

May 19: Phil Buerstatte, 46 – heavy metal drummer, member of the Grammy-nominated New York City metal band White Zombie (1992-1994) was found dead in his home in Madison, WI. The cause of his death has not  yet been determined. His sister Rachel Tvedt said his family is waiting for toxicology reports. Friends and family spoke of years of drug addiction, treatment and prison time.

May 18: David McMillan, 31 – Former Cleveland Browns linebacker and three-year starter at Kansas was shot to death over the weekend in an apparent robbery attempt. An investigation by the DeKalb County (Georgia) Police Department is ongoing. 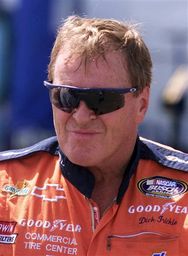 May 16: Richard “Dick” Trickle, 71 – who some claim is the “winningest” driver of all time, was found in Forest Lawn Cemetery in Boger City (Lincoln County), North Carolina. It’s a place of significance for Trickle’s family. His granddaughter was buried there after she was killed in a car accident in 2001. The Lincoln County Sheriff’s office said they received a 911 call from Trickle saying, “There would be a dead body and it would be his.” When they arrived at the cemetery a short time later they found Dick Trickle dead, from a self-inflicted gun shot wound.

May 13: Dr. Joyce Brothers, 85, a former academic psychologist who, long before Drs. Ruth, Phil and Laura, was counseling millions over the airwaves, died at her home in Fort Lee, New Jersey. Dr. Brothers was described as the mother of mass-media psychology because of the firm, pragmatic guidance she administered via radio and television. Thru the 60s and beyond you could scarcely turn on the TV or open a newspaper without seeing her. She had her own nationally syndicated TV show, was a guest on talk shows like The Tonight Show and on variety show like The Sonny & Cher Comedy Hour and on many game shows. She lectured widely, had a call-in radio show, a syndicated newspaper column and a regular column in Good Housekeeping magazine and wrote books. 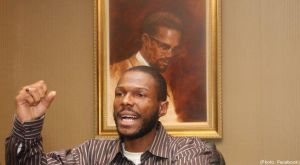 May 9: Malcolm Shabazz, 28 – the grandson of the late civil rights leader Malcolm X, died while in Mexico from a beating during a robbery. He was actively engaged in politics, like his namesake. Juan Ruiz, a member of the California-based labor organization Rumec, told TPM Shabazz was in Mexico City with one of the group’s leaders, Miguel Suarez, who had been deported from the US last month.

May 8: Wilma Jeanne Cooper, 84 – Young and Restless veteran and mother to Corbin Bernsen, died peacefully in her home. She was an Emmy Award-nominated actress of Cherokee descent best known for her role as Katherine Chancellor on The Young and the Restless. She was married for 23 years to TV producer Harry Bernsen and was mother to 3 children including Corbin Bernsen (Psych).

May 7: Ray Harryhausen, 92 – the pioneer of visual effects and stop-motion film animation (Jason and the Argonauts, Clash of the Titans) passed away. He was a multi-award winner, including a special Oscar and BAFTA. He influenced today’s film makers including Steven Spielberg, James Cameron, Peter Jackson, George Lucas, John Landis and the UK’s Nick Park.

May 2: Jeff Hanneman, 49 – founding member of Slayer, guitarist and songwriter, died from liver failure in Southern California’s Inland Empire area. Just two year ago he had survived a rare skin tissue disease (necrotizing fasclitis) most likely from a spider bite.

May 1: Chris Kelly, 34 – one half of Kris Kross duo died from a drug overdose, a lethal mixture of cocaine and heroin, at his home in Atlanta. He was found unconscious and taken to the Atlanta Medical Center where he was pronounced dead three hours later. Kelly’s uncle told police that his nephew had a history of drug abuse.