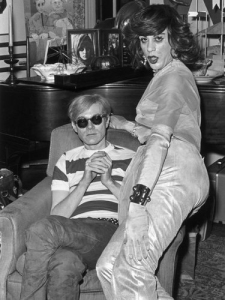 Sept. 26: Mario Montez, 78 – died from complications of a stroke in Key West, Florida. Mr. Montez, whose glamour and poise as a drag performer elevated him to the heights of avant-garde theater and cinema in the 1960s, made him a fixture in films by Andy Warhol. The Berlin International Film Festival presented him with a lifetime achievement award in “queer film” in 2012.

Sept. 25: Paul Oliver, 29 – a defensive back for five seasons with the San Diego Chargers was found dead at his home in Marietta, GA of a self-inflicted gun-shot wound.

Sept. 18: Ken Norton Sr., 70 – former heavyweight boxing champion (defeated Muhammad Ali in 1973) and actor, died at a hospital where he had been undergoing rehabilitation since suffering a stroke last year. He had congestive heart failure.

Sept. 16: Patsy Swayze, 86 – the mother of Patrick Swayze died after suffering a stroke at her Simi Valley, California home.

Sept. 12: Omar Hammami (aka al-Amriki aka The American) – killed in an ambush after falling out with Somalia’s al Shabaab group leader. Hammami, originally from Alabama had ascended the ranks of al-Shabaab high enough to attract a $5 million US government bounty was illed in an ambush ordered by that group’s leader, witnesses said.

Sept. 6: Alexis Urbina, 17 – national champion boxer is dead after being found severely beaten in his family’s south Phoenix home and police believe it’s a homicide. Alexis Urbina died from his injuries at a hospital after the Phoenix Police found him unconscious and covered in blood at 1:30pm pm Tuesday, Sept. 3. There were no obvious signs of forced entry into the house, but some of his boxing memorabilia was missing.

Sept. 3: Ariel Castro, 52 – the man responsible for holding Amanda Berry, Gina DeJesus and Michele Knight captive for over a decade was found dead in his cell at the Correctional Reception Center in Orient, Ohio at 9:20pm. In early October, it was discovered that two correctional officers had doctored some of their daily logs. It was also reported that Castro may have died due to sexual asphyxiation. It was later determined that this was not true.